TMFW will be off of the air for awhile.  I have a hearing next week in Jackson for which I have been preparing.  And when I return I have a million things to finish up that I couldn't get done because I've been trying to get my arms around this deal in Jackson.

But suffice it to say, my schedule will pretty much clear up in October.  And we will have many things to talk about when I reappear.  So I will see you in a week or so.

Talk among yourselves until I get back.
Posted by tmfw at 7:30 AM No comments: 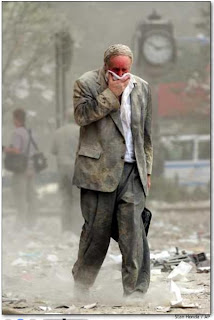 I was at work when the planes hit the Twin Towers.  Carrie came into my office to tell me about a terrible accident in New York.  It didn't take long for the horrible realization to set in that the death and destruction in New York, Washington and rural Pennsylvania were not the result of "accidents."

And then the world flipped.

I don't know what to say about September 11, 2001 that hasn't already been said.  Or will be said today.

So on this day I will leave history to the historians, politics to the politicians and punditry to the loudmouths.

September 11 2011 was a beautiful day here in Little Rock.  We were sent home early after the attacks.  The government was trying to get a handle on just what in the hell was going on.  The only reason Tim McVeigh blew up the Federal Building in Oklahoma City was that he couldn't find the one in Little Rock.  Some Ranger.  Anyway, rather than run the risk that lower hanging fruit was also involved, most federal offices closed.

Like I said, it was a beautiful day.  Perhaps there might have been less chaos if it were raining cats and dogs.  I went for a run.  I went up on Kavanaugh.  There used to be a convenience store up there that sold gas when it wasn't getting stuck up.

There was a line of cars at the two gas pumps there that snaked around the block.  The rumor had gotten out that there was a gas shortage and folks all over town were scrambling to fill their tanks. Tempers were short.  The line ran across the parking lot of the pizza joint next door.  The manager of the pizza place was threatening to call the cops if cars didn't get off the lot.  High words were exchanged. Exasperated drivers trying to turn up side streets that were blocked off by the panic induced gridlock were laying on their horns.  It was an ugly scene in a neighborhood that is otherwise known for tranquility and civility.

Of course, there was no shortage of gas.  Winthrop P. Rockefeller, who was the acting Governor at the time while the lack of commercial aviation had Mike Huckabee stranded in another state, took to the airwaves to assure Arkansans that there was plenty of gas available for purchase and that everybody should cool it.

In retrospect the image was striking and ironic in the extreme.  The terrorists that flew the planes that day were for the most part Saudis.  Who sit atop most of the world's oil that feeds our addiction.  And the initial response to the events of 9-11, at least in my neighborhood, was a run on gasoline.

Here's what else I remember about 9-11.  A couple of years after the attack I was awakened early one morning by the sound of footsteps on my porch.  I went out to investigate and found 2 letters from my friend John on my porch swing.  They were addressed to " My dearest son Jackson" and to "My dearest son Strick." There were no instructions.  None were needed.  It was my duty to deliver these letters to the Edwards boys if there daddy didn't make it back from Iraq.

I never had to deliver those letters.  Thank God.  Strick and Jackson were lucky.  Other little boys and girls were not so fortunate.

Much blood and treasure has been expended since that awful day when the world flipped.  It is safe to say that we will never see a military operation of the size and scope employed in Iraq and Afghanistan ever again in the Middle East.  As former Secretary of Defense Robert Gates said, any future Secretary of Defense that would make such a recommendation to the President, "needs his head examined."

Are we safer since 9-11?  Certainly.  Al Queda has been decimated and many of it's leaders, including Osama Bin Laden, have been exterminated.

Are we immune from further attacks?  Of course not.  And we never will be.  Terrorism is not the enemy.  It is a highly theatrical tactic used by individuals or groups who otherwise could never attain their goals through political means.  Which means that as long as there are fanatics and/or lunatics with access to technology we must always be on guard if not necessarily on alert. 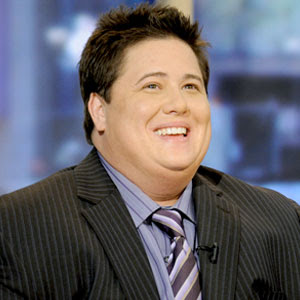 I confess that I don't much get Dancing With The Stars.  I know a lot of women that watch the show.  Then again, as I type this it occurs to me that all the women that have ever been in my life and/or are still trapped there have loved to dance.  And I suppose that it is harmless fun to see celebrities try to attempt to perform in areas outside their comfort zones.

For instance, I've always enjoyed watching politicians and other famous people attempt to throw the "first pitch" of a baseball game.  It is amusing to see Hillary Rodham Clinton fire one in there while a highly skilled basketball player like John Wall three hops it to the plate.  One of the most side-splitting hilarious things I have ever witnessed was Bob Ueker-the self-depreciating "Mr. Baseball" and the voice of the Milwaukee Brewers-sing "Take Me Out To The Ball Game" at Wrigley Field as a stadium full of Cub fans booed their lungs out.

So I kinda get it.  What I don't get is how who gets kicked off DWTS sometimes is the lead story on the morning "news" shows.  And I also don't get how they pick the contestants for the show.  Which brings me to the gentleman above.

A part of the universe that watches DWTS is high pissed that transgendered Chaz (nee Chastity) Bono has been picked to compete in the Fall season along with the venomous Nancy Grace and lunatic professional basketball player Ron Artest.  I suppose I can see the inclusion of the latter 2 for the reason that Grace was in the news without surcease as she tried to convict Kaley Anthony from the TV screen.  Artest has been an NBA All-Star and he will most assuredly be the biggest, most powerful human ever to wear the sequins on DWTS.  If I were his partner I would rightly fear being accidentally hurled into the balcony by Ron Ron.

But back to Chaz.  While I don't much care, I find his inclusion to be something of a mystery.  I'm not offended by his sexual orientation if that phrase is even particularly apt given the fact that he is now a man.  And I'm not attempting to be flip.  While I have many gay friends I don't think I know any transgendered folks.  I would think that they would have to be exceedingly complicated people.  And, contrary to the protests of the highly offended "family values" blowhards, I don't think they invited Chaz Bono to promote the "gay and transgendered agenda" any more than including Nancy Grace promotes the harridan agenda.  By the way, it occurs to me to check with Mark to see if he can shoot me his copy of the Gay Agenda.  I've lost mine.

But has the notion of what constitutes a "celebrity" been so seriously dumbed down in the Internet age that Chaz Bono may be considered to have achieved that status?  Back when I was a kid celebrities were people like Kitty Carlisle and other New York types that appeared on game shows.  What on Earth has Chaz Bono accomplished in life other than the fortuity of being born to Sonny and Cher Bono and having sexual re-orientation surgery?  Nothing that I can tell.  Kitty Carlisle may have been as utterly useless as Mr. Bono appears to be by the time she was doing game shows but she at least appeared in opera productions and on Broadway and
was awarded the National Medal of the Arts.  And I'm not just harshing on Chaz.  By the same token what did Bristol Palin have on her celebrity CV apart from getting knocked up while her Mother was running for Vice-President?  Again, nothing.  At least Bristol looked reasonably lithe and athletic which I would think would be useful for dance competitions.  This cannot be said of Mr. Bono beside whom DWTS alum Kirstie Alley seems taut.

But then again, I don't much care.  My friend Jeanette, who is a very fine dancer, predicts that even I will be compelled to tune in to watch this lineup "perform."  Maybe so, maybe no.  It depends upon if there's nothing else to watch I suppose.

But my God.  Is Chaz Bono what passes for a celebrity nowadays?  Just because his Mother happens to be Cher and just because he switched out the plumbing?  Really?